Lucy Baird and Jenny Marston from Lucky North, our PR agency, recently experienced dementia training with our very own Creative Practice Manager Theresa McNally. Here they discuss how they found the training day, and what they learned.

After working with Vida for a year and securing fantastic opportunities with the likes of BBC Breakfast, BBC News, the Observer, and I News, we thought it was time to learn more about dementia.

At the beginning of March we travelled to Pannal Village Hall to meet with Theresa and a cohort of new staff members to learn more about what it’s like for the residents living with dementia who live at Vida’s specialist homes. 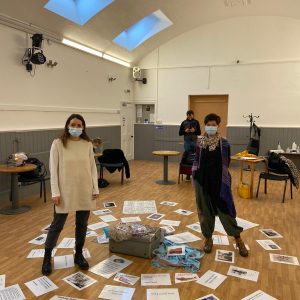 With both of us having no personal experience of dementia, this training was crucial to ensure we’re respectful and empathetic when it comes to discussing the experience of people living with dementia and securing opportunities with places like the BBC.

The training was incredibly insightful, with Theresa taking us through lots of scenarios and busting classic (and often negative) perceptions of dementia. We came away with much more understanding, ready to share our knowledge with the world.

Have you ever heard of the story of the teapot? We’d be surprised if you had unless you’d also been to training with Theresa. It’s an important fable which teaches you that people with dementia aren’t broken – they’re starting a new chapter of their life, and even when people change this doesn’t make them any less special.

There are lots of harmful stereotypes about dementia which are often exacerbated by the media. We shouldn’t think of people living with dementia as attention seeking or problematic, they’re just becoming different and have new ways of communicating.

If you ever hear people talking about dementia in a derogatory way, normalise the behaviour they’re talking about and put it into context. If you were in the same situation, such as having to leave your home, you’d be likely to behave differently.

If you know someone who’s developing dementia, it can be an upsetting and scary time. Try to live in the moment and move past who the person used to be.

They’re still someone that you love, but the current version of themselves is different – this isn’t a bad thing.

Jumping into their world is also important to develop empathy and see what they see, living in the moment is the best way to achieve this. Live every day as it comes.

It’s not about ‘fixing’ people

Overcome the mindset of fixing someone living with dementia. Instead we should understand their needs and respect them, and adapt our behaviour to work for them.

As Dostoevsky wrote, “There is immeasurably more left inside than what comes out in words.” Remember their external behaviour doesn’t always reflect their internal thoughts, but this doesn’t mean that they’re broken.

Remember the symptoms of dementia which people may consider as needing to be fixed, are often just a reaction to the environment they’re in. 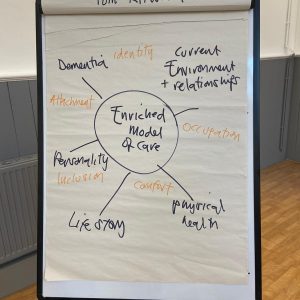 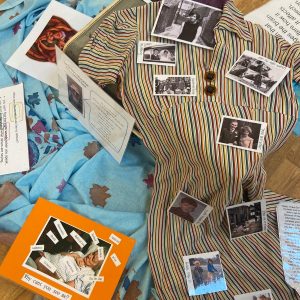 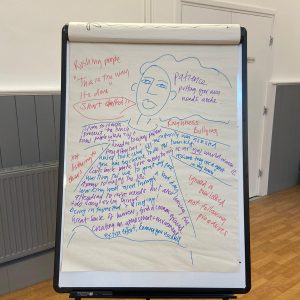 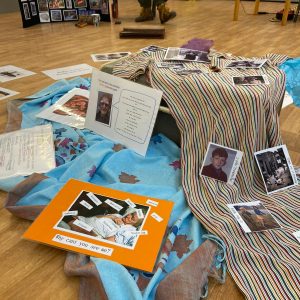 Here we’ve summarised what we each personally took from the day:

For Jenny, it was all about understanding that people with dementia are more than their symptoms. “With damaging stereotypes cropping up regularly in mainstream media it can be tricky to know what’s true and what’s not. Often we’ll see people saying that individuals living with dementia are violent, but this is often just an understandable symptom to the situation they’re in. We must look beyond the behaviours being exhibited and empathise with people affected by dementia – often if we were placed in the same situation as them we’d be just as likely to act in the same way.”

For Lucy, it was the Alice in Wonderland analogy that stuck with her the most. “In the film, Alice falls down a rabbit hole and enters a surreal, alternate world that’s complex and perplexing. She fears she is losing herself. In the training we learnt that this is not too dissimilar to how it feels for someone living with Dementia. Everything they once knew has gone, their home, their job, their comforts. They are adapting to a new world. A world that at first can be very scary and confusing, which explains behaviours such as anger, distress and trying to escape. When looking after and caring for someone with Dementia, we have to step into their new world and try to understand it and make sense of it with them, rather than trying to bring them back into our ‘reality.’ Joining them will bring them comfort and will mean you can still have a wonderful relationship with your loved one, albeit slightly different to before.